The Mack Talks Pushes Against Cancer 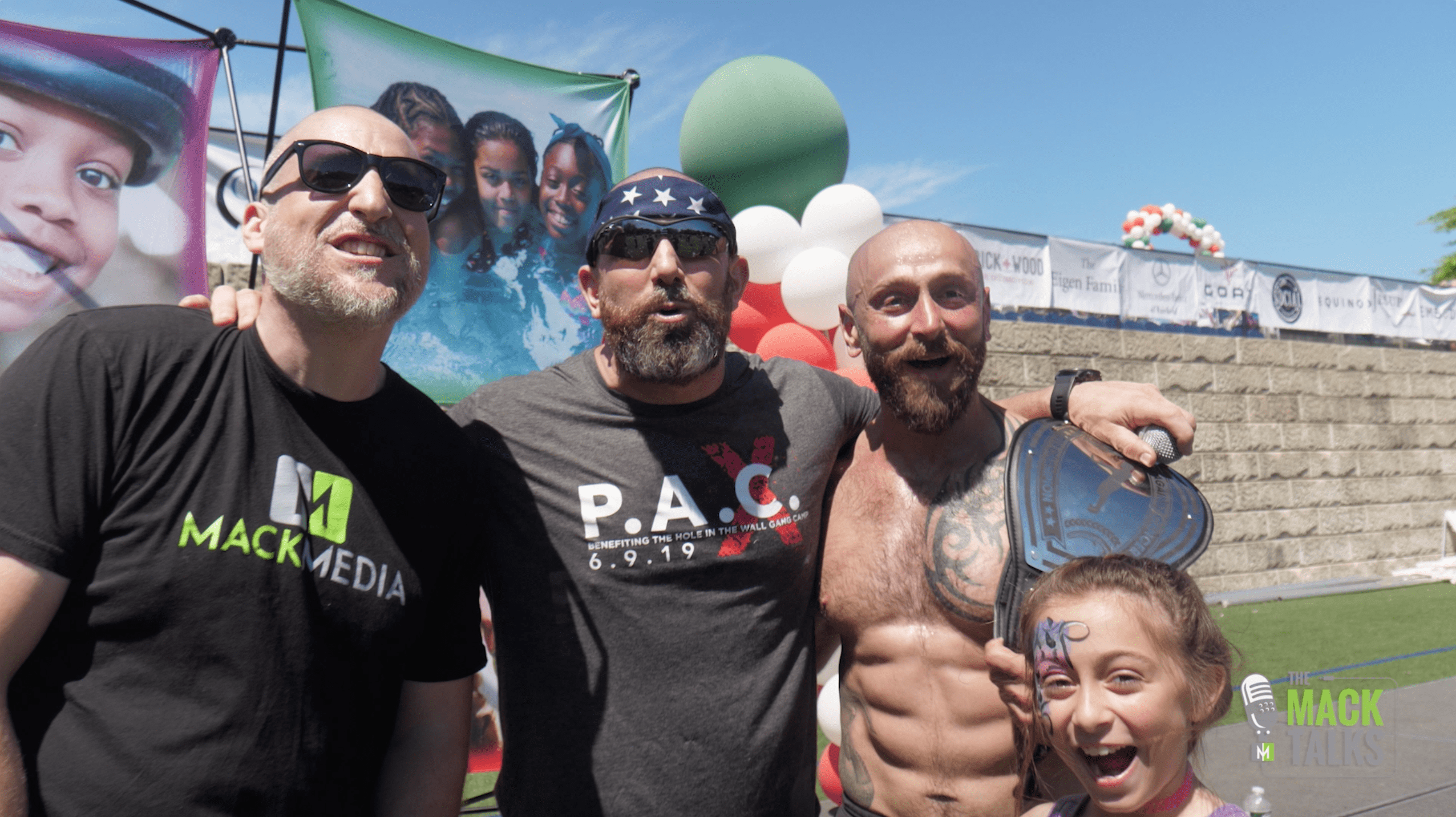 What is Push Against Cancer?

How many push-ups can you do in one hour? The Push Against Cancer (PAC) is an hour long marathon of push-ups to raise money for the Hole in the Wall Gang Camp. PAC was founded by Andy Berman in 2009 with 20 people raising about $9,000. Last year in 2018, PAC was attended by over 600 people, raising over $150,000. This year, Andy demolished those numbers, having already raised $250,000! This year, the event had to change venues and be held at Staples High School due to it’s impressive trajectory, so there’s no doubt that the event is growing by the year.

The Hole in the Wall Gang Camp

The Hole in the Wall Gang Camp offers “a different kind of healing” to support children who are life-threateningly ill and their families. The camp was founded in 1988 by the acting legend Paul Newman. The program serves more than 20,000 children and family members annually.

It All Started when Andy Berman, the founder of PAC, came on the pod and let the guys have it…

“I feel like calling Scott out right now. You just said you look forward to helping the cause…how about you say right now, officially, publicly, that you’ll participate in the 12th annual Push Against Cancer!”

So the Guys PUT THEIR MONEY WHERE THEIR MOUTH is!

Leading Up to This, Scott Accepted Andy’s challenge and Created “Team Mack Talks” to reach out to local entrepreneurs, Thank you to everyone who joined to RAISE MONEY FOR THE KIDS!

Don’t mind me doing pushups all over town 💪 to help some amazing kid’s go to camp. Thank you @periklisanastasakis  from @famouspizzabtl 🍕🍕🍕 for donating to the 10th annual @pushagainstcancerct. This #CharityEvent was created by @fitandhairy_g.o.a.t (Andrew Berman) from @goatmafyafitness. Together, we can help send many brave children to The Hole in the Wall Gang Camp! Please donate today! Find the link in our bio ☝️☝️ • • #Charity #Fundraiser #Community #Fitness #Causes #GoodCause #Fundraising #ChairityEvent

Thank you @bobbijo_beers, owner of @tcbbrookfield for sponsoring  Chase (@chase_hutchison_) and I in the 10th annual @pushagainstcancerct founded by Andrew Berman (@fitandhairy_g.o.a.t) from  @goatmafyafitness. This is a great charity event that benefits The Whole in the Wall Gang Camp. Together we will send a lot of brave, sick kids to an unforgettable summer camp. Please consider donating. Find the link in our bio! ☝️☝️ • • • #Charity #Fundraiser #Community #Fitness #Causes #GoodCause #Fundraising #ChairityEvent

The pushups have made it to the mat and frankly, I’m not having the chokehold stuff! All jokes aside, thank you to @gloverteixeira from @teixeirammaandfitness for donating to the 10th annual @pushagainstcancerct . Andy Berman from @goatmafyafitness is the driving force behind this amazing charity, and we are so excited to help brave, sick children go to The Hole in the Wall Camp. Link in bio to donate! • • #Charity #Fundraiser #Community #Fitness #Causes #GoodCause #Fundraising #ChairityEvent

Thanks to the kindness of our team of donors, Scott, Chase, and Team Mack Talks did their part and raised $3,000. In total, all the participants raised over $250,000. George Kitmiridis won the push-up competition, doing 1,624 pushups in one hour! Next year, Andy hopes to raise half a million dollars and Team Mack Talks is wishing him the best to reach that goal.

If you are interested in contributing, consider donating to the Push Against Cancer.