The Life of a Travelpreneur with The Five Foot Traveler | Ep. 53 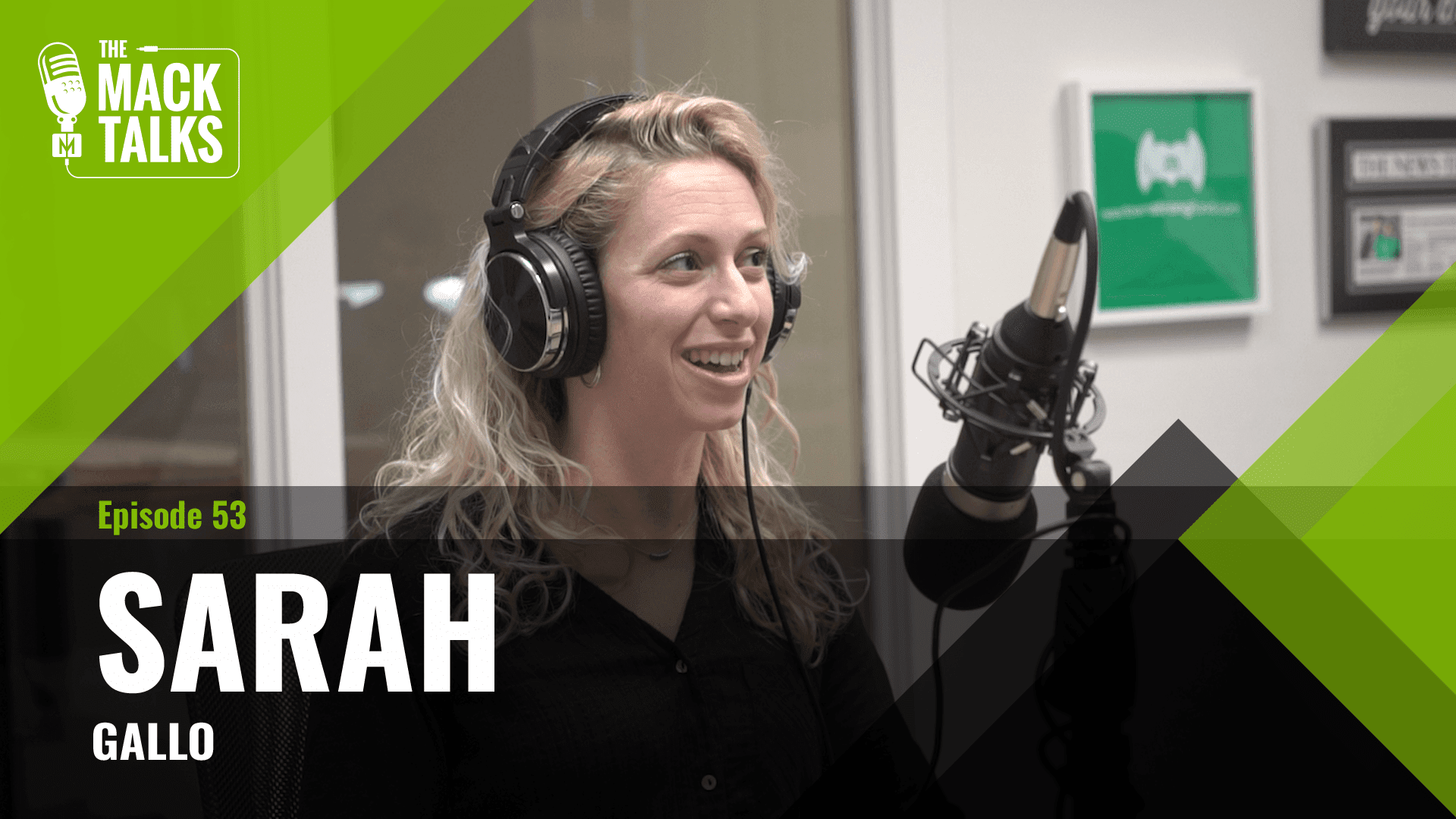 On this episode of the Mack Talks, Scott interviews Sarah Gallo, a well known travelpreneur who goes by the online title The Five Foot Traveler and who has traveled to all seven continents and over one hundred countries. Listen in as you hear her stories, her favorite destinations, and some of the craziest things that have happened while travelling.

Ironically, while growing up, Sarah had an intense fear of flying. For over a decade of her life she was adamantly against flying, having to be coaxed into vacations with her family. It wasn’t until her mother recommended hypnotherapy that she eventually overcame her fear.

While studying to become a PR representative at New York University, Sarah decided that she was going to study her last few semesters abroad. Her travels brought her to Florence, Italy and Buenos Aires. Argentina. When her travelling was done, she fell in love with the world and wanted to see more. Sarah gave up her future as a PR rep and began to grow her brand as a travelpreneur with her website www.thefivefoottraveler.com, through working with well known brands and hotel chains she was able to make this dream job a reality.

Sarah has already experienced more of the world than most of us would experience in our lifetimes and has the stories to back it up:

While in Florence Sarah’s wallet was nearly stolen but her first degree black belt in karate made sure that didn’t happen.

Sarah’s most lonely experience happened to be Antarctica which was also one of the few travelling experiences she went by herself but was magical nonetheless.

Sarah has a packed schedule for the rest of the year now that she has become an ambassador for GoPro. This year will include her first trip ever to Los Angeles, but also countries such as South Africa, Nepal, Peru, Taiwan, and Rwanda. If this sounds like experiences you’d want to hear about then give Sarah a follow on social media or her website to keep up with her future travels.

Dunkin Donuts just announced that they will soon be offering a meat lover’s dream snack, a bag of bacon. With the introduction of their meatless, Beyond Meat selection, Dunkin seems to be trying to hit both sides of this new addition which will include eight half strips of bacon that are smoked in cherrywood and treated with brown sugar and black pepper.

Panera Bread has launched a subscription service in which customers can have as much coffee and tea as they like for $8.99 a month. Loyalty programs are now seen as an easy way to lure in customers and convince them to change their breakfast habits. The move also creates loyalty toward a brand as subscribing customers’ monthly visits went up from 4 to 10 in test markets, according to Panera CEO Niren Chaudhary.

At the latest fashion week in Paris, models were seen donning face masks that match the outfits that they were showcasing. Louis Vuitton staged a low key event with the recent outbreak of coronavirus and commented on it through the fashion that was displayed in both his own showcase and those of well known brand Chanel.

Former WBC world heavyweight champion, Deontay Wilder experienced his first loss inside the ring in 44 fights along 12 years against Tyson Fury. Wilder blamed the loss on his elaborate 40lb costume that he wore to the fight to bring light to Black History Month. Wilder is looking towards a rematch for the fight to make up for the loss and regain his renown inside the ring.

A ridiculous new study just surfaced with rising fear of COVID-19. The study found that 38% of Americans who drank beer under no circumstances would buy Corona beer while outbreaks continue to rise across the country.