Learning To Grow In The Tree Business with Matt Bartelme | Ep. 48 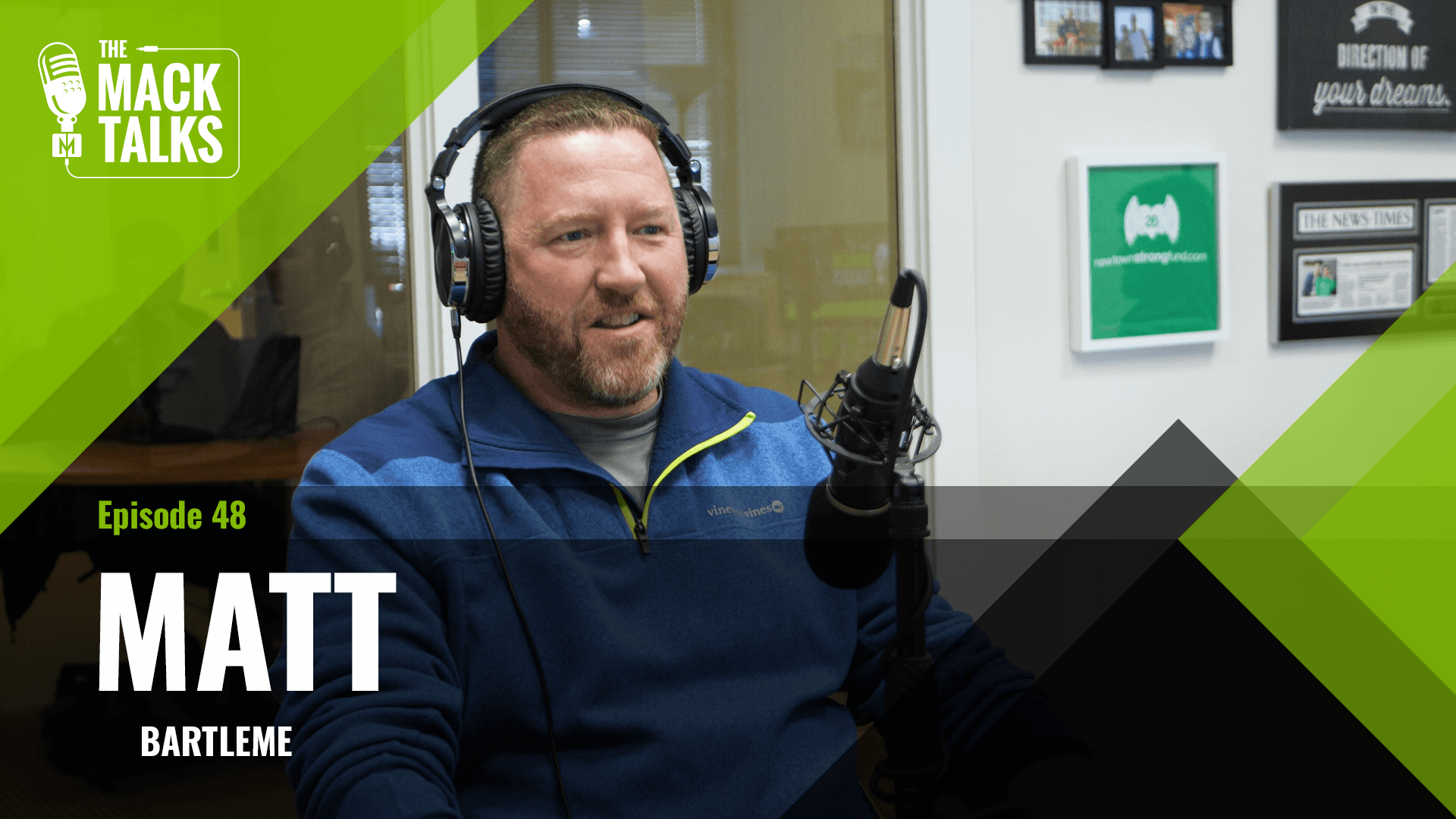 On this episode of the Mack Talks, we have arborist and entrepreneur, Matt Bartelme. Matt has led a life working as a machinist, arborist, for groups ranging from the FDA, US Military, Wachovia Bank, and local nonprofit organizations. Listen in as he talks about his life working these various jobs which has led him to becoming one of the most well known arborists in the mid-Fairfield county.

Matt started his life at Henry Abbott Technical High School in Danbury, CT. He studied as a machinist and worked in inspection, customer satisfaction and various other jobs working in the machinist field. Once Matt started his job in Stamford working with computers, he learned programming, web design, and other aspects of computing.

Due to his childhood being outside and history as a boy scout, Matt wanted to be outside more and found that in his side hustle as a tree contractor.

Currently Matt has his own tree service, Bart’s Tree Stumps and Stone where he employs 8 employees. Through his work he got recognized by the International Society of Arboriculture and the Tree Care Industry Association. Every year he and his team acquire between 80 and 100 continuing education credits from the requirements to keep up to date on invasive species and techniques on how to care best for trees.

Matt is looking to spend the 2020 year educating kids on arbour culture and inspire interest in the field that needs more qualified people in it.

Matt also works for local nonprofit organizations in the Fairfield area and is going to be providing aid to children in need. Through this work he will be working with organizations to provide schools with scholarships for students studying forestry to build up his labour force for future years.

Side hustles are on the rise in America as a recent study confirmed that a growing population is getting at least some of their income supplemented through a side hustle from their primary job. These people are being found to be making more money and also be happier with their lives than those working only one job.

The continuing debate for Uber drivers brings in further criticism as the drivers are trying to push that they are entrepreneurs rather than contractors for the company. Some believe that these people are simply working side jobs and calling them entrepreneurs takes away from the people who put themselves on the line with their own businesses.

Baby Yoda has been a phenomenon in America with the release of The Mandalorian. On Amazon Baby Yoda plushies have become the 3rd best selling item on the website the past few days. Some critics are saying that they should’ve released the plush earlier to cash in on the holiday season but director of the show Jon Favreau refused to manufacture the toy before the character was introduced in the show to avoid spoilers.

Grocery stores are introducing sit down restaurants inside their businesses to draw in the millennial population with the rise of delivery groceries. Some restaurants are offering liquor with as many as 20 taps in said restaurants to bring up sales.

The newest product which has the internet divided is tube free toothpaste. The new tablet toothpaste is looking to replace the tube based product with an environmentally conscious alternative. You chew the tablets to make them foam just like regular toothpaste and the product comes in a biodegradable paper container and recyclable glass jar.