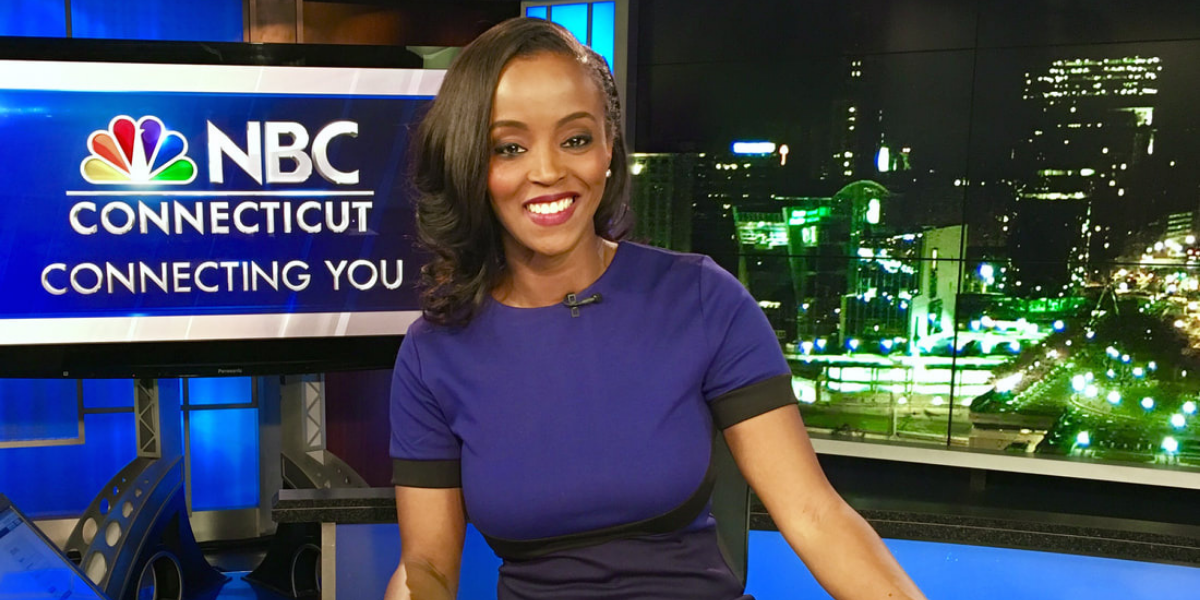 Leslie Mayes is a TV news reporter currently working at NBC Connecticut. She began her career in the news as an assistant and photographer for New York City’s NY1 News station. During her time there, she covered the 2008 election cycle campaigns of Hillary Clinton and Barack Obama. Mayes continued her political coverage in her hometown of Washington D.C., where she covered both of President Obama’s inaugurations and many State Of The Union addresses. Before coming to Connecticut, Mayes previously worked as a reporter for News 14 Carolina, in North Carolina. She has been working as a nightline reporter at NBC Connecticut since 2015.

Mayes credits “a team of folks,” as her mentors and helpers throughout her career. She names her previous coworkers, Sheryl Wills, and Kiffie Drexel as examples. “There’s always kind of been one person I connected within the newsroom or industry in general,” she says. Mayes says she looks to well-known female journalists for inspiration. While she might not have met any in person, but follows just by being in the same industry. She cites Oprah, Tamron Hall as specific examples. She finds Hall an inspiration for not being the traditional journalist and for working her way through the industry to eventually getting her own talk show.

“You don’t need a journalism degree,” she says. Mayes herself obtained her degree in Government from St. John’s University. She put this degree to good use when doing her political coverage. Mayes says that when you are working for a publication, you likely will learn the ins and outs of journalism.

One of the ways aspiring journalists can learn the craft is by getting an internship. “If you’re in college or getting ready to go to college, internships are everything in this business,” she says. She encourages finding paid internships. “In the early days of this work there is no money.”

“This is a job you really have to want to do,” she says. Mayes says her job has “so little glamour and glory” and requires a lot of hard work. “I work eight, ten hours a day, I’m on TV for three minutes total,” she says, “if you only wanna be on TV, go be an actress.” Mayes encourages people who don’t work at news stations to start podcasts or blogs. “If you see news, go after it,” she says, “Get out your smartphone and record it. Embrace technology.”

“Get a full resume before your first job.”

Mayes recalls many young applicants coming in with full resumes. She cites working at local stations, internships during the school year as examples you can include on the resume.

“Be willing to relocate.”

Mayes herself has moved several times for new opportunities in her career, “In a few years I’ve lived in four different cities.” Even if you do not need to completely move, you might have to travel a good distance to cover a story. “This is the true definition of paying your dues.’’