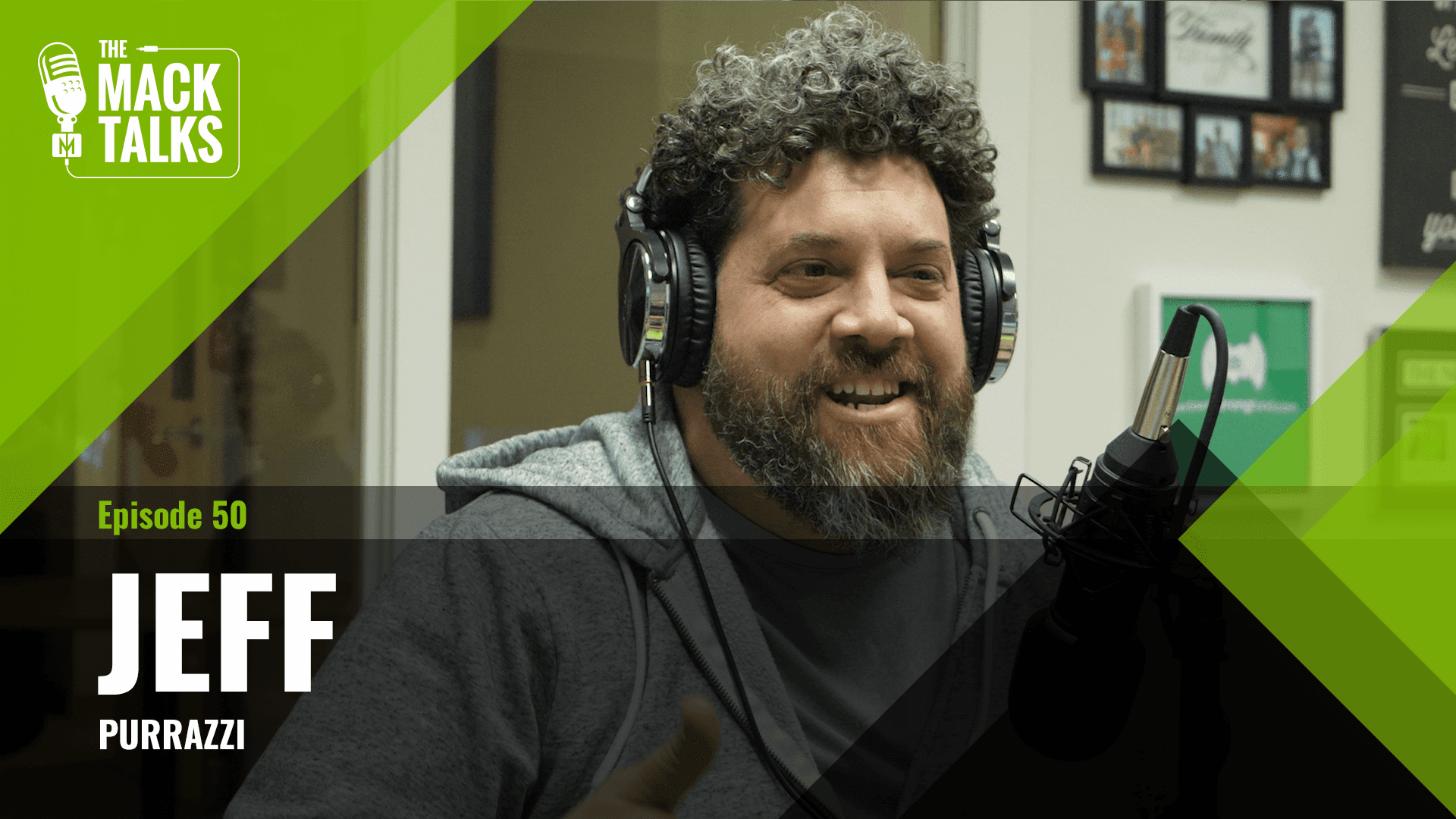 On this episode of the Mack Talks, we have Chef Jeff Purrazzi who has over a dozen years experience working in various positions in the kitchen both public and private. Jeff can be found on Instagram @forkkingchef and on his podcast Plumluvfoods that he co-hosts with Chef Jeff Plum.

Growing up in Ithaca, Jeff had to take up some of the reigns in his family as the oldest and do much of the cooking for his siblings. While starting as just a home cook, this wasn’t where his passion for cooking developed. It wasn’t until his extensive career as various positions in a kitchen and his travelling did he find where he belonged.

His first job near a proper kitchen was a small diner in his hometown where he worked as a dishwasher. Circumstances had him work the line for a few days but soon moved on as he wasn’t experienced enough to fill the job properly. After this he worked at a pizzeria in Ithaca for a few years learning about the art of pizza making, eventually managing the place. It wasn’t till after this and his call to wander and discover himself did he find his calling.

Moving to Washington, Jeff started in fine dining waiting tables but after his temper got the better of him, he was fired. A chef from the exact same establishment gave him his first job working in a kitchen. After a few jobs and moving across the country he found his Mr. Miyagi to his Karate Kid. The owner, Donyo became a close mentor to Jeff during this time, elevating him miles above other line chefs when he eventually parted ways.

After this Jeff eventually found himself becoming a private chef for a family of six in the Hamptons. They soon became like his second family.

Jeff discovered Chef Jeff Plum in 2014 who had his own chef driven podcast called Plumluvfoods and in 2015 Plum had Jeff join him more and more frequently and eventually become his producer/co-host.

At the same time, Jeff was approached about being featured on the television cooking show, Chopped. Due to restrictions from working as a private chef he had to decline the offer.

Dunkin Donuts announced a partnership with Snoop Dogg creating a new product called the Beyond Dogg Breakfast Sandwich. The sandwich features egg, cheese,and beyond (veggie) sausage patty all on a glazed donut.

Bud Light has announced a new line of seltzer products. To promote them, they had the mayor of the town of Seltzer, Pennsylvania endorse the product in a new commercial.

The newest YouTube trend seems to be here, Mukbangs. The format is a person eating a large amount of food in front of the camera and interacting with viewers in some way. Mukbangs came out of South Korea back in 2010 and recently made its way to finding popularity in American audiences.

Getting something special for your significant other for Valentines Day? Look no further than the newest way to say I love you, a bouquet of pickles rather than roses. The product came out of a business called Grillos in Boston but is now available widely around America just in time for the special day.

A rising online celebrity comes straight out of Hartford, Connecticut. Instagram user @thevulgarchef is popularizing strange and demented foods such as Spagettio Fried Eggs, Deep Fried Ketchup, and many other strange food ideas.