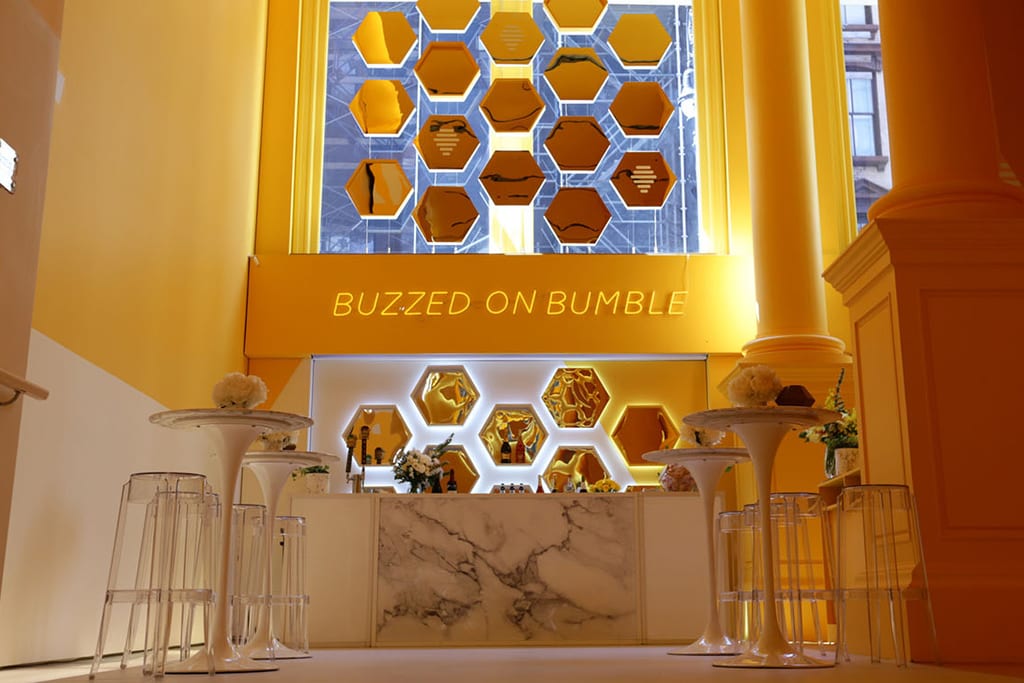 Would you go to a location based on one of your favorite phone apps?

Dating and relationship app Bumble, known for allowing the woman to make the first move, has announced it will be opening a new space in SoHo, starting in fall 2019. It will be called Bumble Brew, and will serve as a coffee shop during the day and double as a wine bar at night.

Bumble decided to set up in New York due to it being a popular spot for the app’s users, with Manhattan specifically being home to 40 percent of its users. Caroline Ellis Roche, Bumble’s chief of staff, says that Bumble knows that their users want experiences and are trying to give them other things to do.

This is Bumble’s second time opening an actual physical space for its users. They previously opened Hive, a pop-up, which was also located in SoHo. Hive served as a place for women to get food, drinks, however, it also offered its patrons experience and informations seminars about dating, work, and technology. In addition, Bumble has set up events, like a wine night in Dallas for people to mingle.

Bumble Brew will serve pastries and croissants during the day, and “date friendly” small plates during the evening. They have partnered with the company Delicious Hospitality to design both menus.

Despite not even being open yet, Bumble has plans to expand Bumble Brew. Ellis Roche says that, ideally, they would like to open a second location in Austin, TX. They have plans to open their Texas location,  just after opening Bumble’s new Headquarters in 2020.